The Senate Finance Committee report, released Wednesday, did not suggest any laws were broken and was largely split among party lines over what was possibly the central issue in the controversy: Did the IRS intentionally target groups with “Tea Party” or “patriots” in their name and was the White House or Treasury involved?”This bipartisan investigation shows gross mismanagement at the highest levels of the IRS and confirms an unacceptable truth: that the IRS is prone to abuse,” Finance Committee Chairman Sen. Orrin Hatch, R-Utah, said in a written statement.

Hatch said the committee found “evidence that the administration’s political agenda guided the IRS’s actions with respect to their treatment of conservative groups.” In the same news release, the committee’s ranking Democrat, Sen. Ron Wyden of Oregon, said the “investigation showcase pure bureaucratic mismanagement without any evidence of political interference.”

In May 2013, Lois Lerner, who formerly oversaw the IRS Exempt Organizations Unit, opened the controversy by apologizing during a law conference for the agency’s treatment of conservative Tea Party groups, placing added scrutiny on groups with key words in their name. The controversy further intensified last year when the IRS announced it could not find as many as 24,000 of Lerner’s emails after a computer crash. Lerner has long denied she targeted Tea Party groups or other conservative political organizations to fulfill her political agenda.

The committee produced a 90-page timeline of IRS actions. Among the recommendations:

All IRS, Treasury and Chief Counsel employees who handle exempt organization matters should be banned from partisan political activities, even on their own time.

The IRS should keep better track of tax-exempt applications to ensure they smoothly move through the system.

A decision on an application must be reached in 270 days. Employees who do not follow these rules should be disciplined. 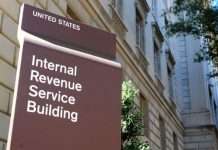