UPPER MARLBORO, Md., Aug. 22 (UPI) — Under Armour is on a legal crusade against other companies using the word “armor” in their names.

The retail giant’s latest target is a Maryland-based Christian sports apparel brand — Armor and Glory — and its CEO Terrance Jackson, according to Washington Post.

Armor and Glory was founded in 2013 after Jackson felt compelled to name the business after a verse from the Bible. He told the outlet Under Armour’s name never crossed his mind. “It’s trademark bullying at its finest,” he said. “We don’t even spell it like them.”

Now, the Goliath-like outfitters are claiming trademark-infringement and demanding Jackson’s sports apparel company to change its name or be forced into an expensive lawsuit. The religiously inspired company — which has made less than $100,000 since 2013 — isn’t backing down.

Armor and Glory launched a GoFundMe page to help pay for legal fees as it attempts to fight the lawsuit in court. If it loses, Armor and Glory will be forced to destroy all products, hand over profits, change its name and pay Under Armour at least $100,000 in attorney fees and damages.

The crowdfunding campaign — aiming to raise $50,000 — is a “rally call for financial support” as the small business prepares for the impending legal battle. “As the Lord would have it, this battle will subsequently increase the need for our products,” the page reads, “which we realize is more of a blessing as it opens the door of opportunity and strengthens our company’s mission….”

In the past, Under Armour has sued California-based beverage company Body Armorand Florida companies Salt Armour and Ass Armor. 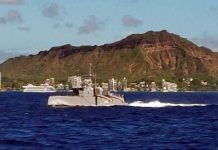 40 companies net up to $982.1 million for Navy’s drone vessel program 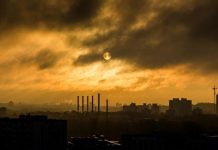 Study: 20 companies account for 35% of global carbon emissions since 1965