The blue-green fireball, traveling southwest to northeast, was sighted at around 1:30 a.m. The American Meteor Society, which monitors such events, reported 185 calls about it.

“The fireball was seen primarily from Illinois and Wisconsin but witnesses from Michigan, Indiana, Ohio, Iowa, New York, Kentucky, Minnesota and Ontario (Canada) also reported the event,” the society said on its website, adding that the meteor ended its flight on Lake Michigan, between Sheboygan and Manitowoc, two cities in Wisconsin on the shore of the lake.

Most of the reports came from the Chicago area. The meteor quickly burned itself out, with no damage or injuries reported.

“It was basically visible for a long distance. It was certainly an interesting event, uncommon for the area,” said Ricky Castro, meteorologist at the National Weather Service’s Chicago office.

Several police and civilian dashboard cameras, as well a camera atop the University of Wisconsin’s Atmospheric, Oceanic and Space Sciences building in Madison, captured video footage of the meteor traveling across the sky and then burning out. 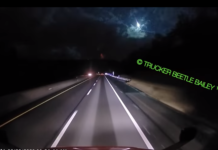 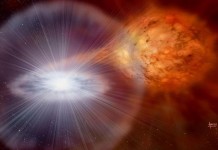 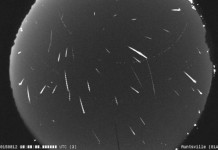