SEATTLE, Aug. 10 (UPI) — By 2100, demographers and statisticians at the United Nations Department of Economic and Social Affairs expect the world’s population to top 11.2 billion.

Today, Earth’s population sits at 7.3 billion. If the latest U.N. Population Division reportis correct, that number will hit 9.7 billion by 2050.

The new numbers were shared with those attending a demographic forecasting session at the 2015 Joint Statistical Meetings held in Seattle.

Researchers used a complex combination of historical population trends, regional fertility rates and aging data to build a world population projections model. Such modeling isn’t the most precise form of scientific prediction, but researchers say with 95 percent certainty the global population will be somewhere between 9.5 billion and 13.3 billion by the end of the century.

Likewise, countries with declining fertility rates and aging populations may need to shift resources to account for the shifting needs of their populace.

“Developing countries with young populations but lower fertility — such as China, Brazil and India — face the prospect of substantial population aging before the end of the century,” researchers explained in a press release.

Population change in the United States is expected to be less dramatic, with the county expected to add some 1.5 million each year. At that rate, the U.S. population would total 450 million by 2100. 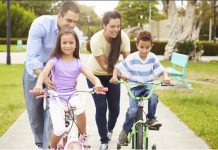