SALT LAKE CITY, Utah, June, 12, 2021, (Bill’s Marketplace/Sponsored) — Steve Smith, founder and owner of Utah’s five Steve’s Automotive Specialists locations, can still remember the days when mechanics could make car repair “house calls” with a few tools and all the knowledge they could need inside their heads.

But cars have changed a bit in the past four decades, going from basic gas-fueled motorcars forged from iron and steel to modern machines with plastic, metals, computer chips and composite materials, and fueled by electricity.

“Some cars, you have to remove the engines to change the spark plugs, the way they build these things now,” Smith said with a chuckle.

But that’s fine with him. Nearly 45 years after Smith opened his first mechanic’s shop in the Salt Lake Valley, he has long since come to terms with how to anticipate and adapt to changes in the automotive repair industry while holding fast to old fashioned values, including giving the customer a good price for the best work, and building relationships as if whose who bring in vehicles were members of his own family.

And they have become, in a way.

“In our Millcreek store, we’ve got third-generation customers,” Smith said, a glint of pride in his eyes. “They’ve been coming in after their parents came there and their grandparents came there. That’s the kind of business we are. We don’t operate on a ‘see you one time, take all your money and see you later.’ We want to build a relationship business. We want to know our customers. It is a family business.”

Smith launched his first shop in 1977 at an old Texaco gas station in Millcreek, near Olympus High School. When the school needed land to expand, Smith opened a shop a few miles away in a bigger building, which he remodeled to include 10 work bays.

“And business really took off,” he recalled, smiling.

His family expanded to include five sons, and they grew up with a certain reverence for all their father had achieved.

“Then we had another opportunity in Orem, a really nice shop down there that we remodeled and opened it up last March, then that was our fourth store.

Then we had another opportunity this spring in Hyde Park, just north of Logan. The new shop, Steve’s Tire and Automotive opened in April.”

All his shops close on weekends, and Steve has a solid reason for that rule.

“A lot of stores in our line of business are open on Saturday, and we decided rather than do that, because our technicians have lives too, they might want to go out and go fishing with their family on the weekends, and enjoy their families,” he said.

“So we did a couple of things. We have loaner cars for cars that we have to keep over the weekend so we don’t leave our customers stranded, and we give our employees weekends off. I think that’s really important, along with vacations and health benefits, and those kind of things for our employees.”

Weekends off is also an incentive that allows Smith to attract the top mechanics he employs. All hired tend to arrive with multiple certifications, and must take ongoing online training courses offered by major automotive companies, Smith said. His mechanics training constantly in new ways to better service the cars, trucks and SUVs that customers bring in.

Smith also prides himself and his crew in spotting potential apprentices with a passion for the craft.

“They do great because they love fixing cars,” he said. “That’s kind of a requirement. Some of the technicians I’ve seen don’t really like fixing cars, and I’m not sure why they’re really in the business. But these younger guys that really want to learn the business, they’ve been some of our best. We have an apprentice program that takes them right through and sets goals for them, and moves them right through the process.”

Smith also prides himself in his shops’ “bumper to bumper” service.

“If you bring your car in to us, we take care of pretty much everything. You don’t have to go 15 different places to get your car repaired.”

But Steve’s Automotive Specialists shops use the same manuals as every other shop to determine how long specific jobs should take, which keeps costs in line with industry standards.

And as for future expansions, what will Steve do now that his sons are all fully employed in the family businesses?

He paused for barely an instant.

“I have a lot of grandsons, too,” Steve said, with a laugh. “So maybe we can put them into the mix!”

Steve Smith, founder of Steve’s Auto Specialists talks about his company’s expansion and in an upcoming segment of the Bill Gephardt Show Podcast

If you are a skilled mechanic and looking for a meaningful career change, please click here.

Steve’s Automotive Specialists is a Gephardt Approved business and sponsor of Bill’s Marketplace and Gephardt Daily. 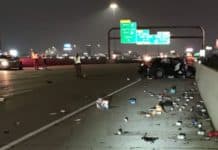 Update: Suspect being held on automobile homicide, theft charges after wrong-way crash on I-15 in South Salt Lake 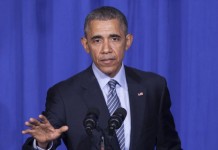