CLEARFIELD, Utah, July 21, 2021 (Gephardt Daily/Bill’s Marketplace/Sponsored) — Customers of Legacy Roofing know one thing for sure; owner Josh Carrion is a passionate soul, a man committed to his faith, committed to his family and committed to the family-owned roofing business he’s helped build over the course of decades.

Ask him anything about roofing in Utah and you’ll find he has encyclopedic knowledge of the roofing repairs and replacements, from the latest trends in roofing systems, to the most durable materials to use in the often harsh environment you’ll find along the Wasatch Front.

Want to talk about energy-efficient roofs?

Josh is your man.

What about shingles and waterproofing?

Josh is the guy you want.

How about solar roofing systems?

Well, Josh and his team are highly-trained experts in that particular field, and honored to be recognized as Certified Tesla Solar Roof Installers.

So, how did Josh learn just about all there is to know about Utah roofing? It all started years ago, fueled by a young man’s fascination with physics and the science behind waterproofing. It was, admittedly, the “stuff of nerds,” Josh said with a laugh.

“I went to science camp in seventh grade, and we were doing a water flow experiment where we had to keep water out of a channel in the middle of two-plain surfaces,” Carrion recalled. “We had to put up these water dams and channels, and we were using straws and Styrofoam and things like that to be able to protect the center channel.”

Something sparked in the mind and heart of the west Kaysville boy.

“It sounds kind of nerdy, but I love waterproofing, and have since I was a kid,” Carrion said. “I always liked the science of how water flowed, the physics of how it will penetrate surfaces, I like the fluidity, the hydraulics.”

That knowledge would come when Carrion begun working for as a roofer.

“Oh, gosh, I must have been 16 when we started doing like actual metal barn roofing, and it reminded me of what I’d learned about water flow,” he said. “We put a roof on a barn, and it, we had water coming through the seams, we didn’t really understand the basis of it at that point, and the foreman wasn’t really watching very much about what we were doing. But, but because it leaked, we had to go back and take that thing apart and rebuild it so that it would be waterproof.

“And I’m telling you it just brought that whole science camp experiment back, and ever since, I’ve been fascinated with putting the science of water into application on roof services.”

Now, a married father of four with his own thriving business — a home office in Clearfield and satellite offices in Sandy, Bountiful, Ogden and Brigham City — Carrion said his company goal is to be the best at both construction and at customer communication.

“There’s a real kind of a hole to fill in putting a roof on and keeping people informed along the way,” he said. “That’s why we’ve been so successful here. There are a lot of good construction companies, and there are a lot of great customer service companies, but I believe we’re the only one that puts all of that together in one.”

“There’s a culture that family helps you create, because you have ownership in the relationship with people you’ve grown up with and known so long, that we are all dedicated to the same cause. It’s not just doing a job; it’s living a life that generates income for all of us, by taking care of people.”

“Different employees that I’ve got come in and catch that same kind of fire. I don’t have people that come to work every day, I have people that are dedicated to serving who make a great paycheck.”

Customers can sense the work ethic, starting with the free roof inspection.

“Whether they choose us or not, they will be better for the knowledge and the information and documentation that we share with them while we’re there,” Carrion said. “We don’t use satellite imagery. We put our feet on every roof we do assess.

“We give people an honest, fair opinion, and we hope we win the job. And I think we will.” 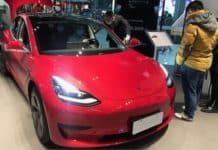