“Time to get a new set of long johns,” John said with a smile. “The weather guy in the white coat just said it’s going to be 15 degrees overnight. He said it’s gonna be colder than a well digger’s you-know-what!”

“He did not say that,” exclaimed wife Crystal, snapping at John with her dish towel as he made his way to a pot of chili simmering on the stove.

“OK, maybe he didn’t say that in so many words, but believe you me,” John said, breaking off a piece of French bread as he “spot checked” the chili, something he claimed was his “duty” as a man, “it’s going to be brisk and we’re going to get calls. ‘Tis the season for furnace repairs and replacements, after all. The same for boilers, too,” John said.

“You see, when the winter weather hits, your whole household gets stressed. Furnace and boiler systems obviously work harder when folks crank up the heat. People have a tendency to take longer, hotter showers, so the water heaters get a workout, and they can break down, too.”

“What about frozen pipes?” Crystal asked. “Is it going to get that cold?”

“Frozen pipes can be a problem, but we don’t have the problems with them that we used to. Most houses now have adequate insulation. People generally know to leave a trickle of water running if things get really, really cold for a day or two. They also know to prop open the door below the sink to let some warm air circulate and keep the pipes from freezing.”

“What other repair calls are you expecting?” Crystal asked. “Do people have more drain and sewer clogs when the weather gets cold?”

“Why, yes, they do. And I’ll tell you, it can cost a lot if you can’t pinpoint the blockage. The last thing you want to do is dig a trench in frozen ground to replace a sewer line, only to find it is really a clog which could have been dealt with through a sewer or drain clearing beforehand, which my team is really good at, by the way.

“That’s why we invested in our HD color camera system, so we can visually inspect drains and sewers from inside a home all the way to the street. That way we know what we’re getting into, so to speak … and we can maybe save the homeowner a pile. Of money, that is.

“We also know big repair and replacements costs, especially the unexpected ones, can upset a household budget. That’s why we are always up front about what jobs cost and always look to make repairs before we suggest a replacement. If we have to go down that road, and the customer needs help, we can almost always work things out.”

“By the way,” John said, grabbing another hunk of bread as the chili fluttered to a boil,  “I’m merely confirming the findings of my first taste test, because I do take my man duties in this regard very, very seriously.”

“I think you may be right,” Crystal replied, eyeing the chili herself.”

“Don’t let the door hit you in the you-know-what,” she laughed. “See you when you get home!”

All Utah Plumbing, Heating and Air is a Gephardt Approved company and a sponsor of the Bill Gephardt Show podcast and Bill’s Marketplace on GephardtDaily.com 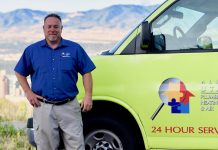 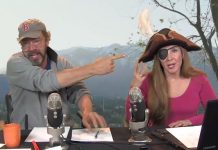 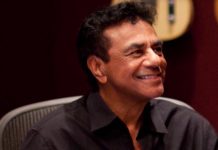