BURLINGTON, Vt., Feb. 6 (UPI) — A group of scientists have developed a potential treatment designed to prevent a heart condition that has caused sudden death in young athletes.

The treatment is based on the research of University of Vermont investigator David Warshaw and can reverse the effects a mutation of proteins in the heart.

Hypertrophic cardiomyopathy is an inherited disease that causes the heart to thicken and can potentially cause heart failure as blood no longer pumps effectively.

The condition is caused by a mutation of proteins known as myosin that convert chemical energy to mechanical energy and generate movement in the heart. Warshaw’s research found that hypertrophic cardiomyopathy occurs when the myosin generates too much power.

“By analogy, placing the engine of an Indy race car (i.e., mutant myosin) in a stock car chassis (i.e., the heart’s connective tissue matrix) could lead to internal stress and structural damage,” he wrote. “For the heart, this amounts to inducing cardiac fibrosis and muscle cell disarray that are characteristic of HCM patients.”

The team of researchers from Harvard Medical School, Stanford University School of Medicine, University of Colorado and San Francisco biotechnology company MyoKardia Inc. applied Warshaw’s research to develop a treatment that can make the heart generate at a normal level.

The team tested the treatment on a series of mice bred with the mutation and were successful in dialing back the myosin’s generation to normal levels and prevented hypertrophic cardiomyopathy from surfacing.

In its current form, the treatment could be applied to infants who test positive for the mutation and would help keep the disease from developing further. 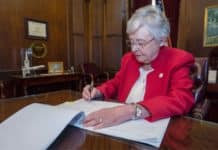 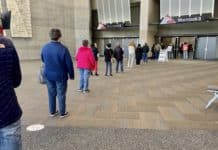