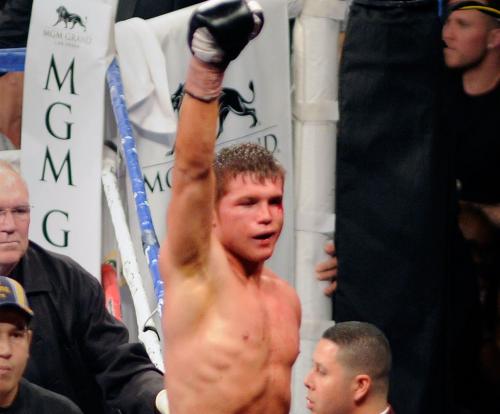 In the third, Kirkland went to the canvas courtesy of a right uppercut with nearly a minute remaining in the round. Moments after getting up, Kirkland was pinned against the ropes. Kirkland let his guard down for a split second, and that opened an opportunity for Alvarez to send a hard right to the face. Kirkland tumbled to the floor and remained on his back while he was counted out by referee Jon Schorle with 41 seconds left in the round.

It’s widely speculated that Alvarez, whose only loss came to pound-for-pound king Floyd Mayweather Jr. in Sept. 2013, would take on Miguel Cotto in the fall. That is provided if Cotto can beat Daniel Geale in their 157-pound fight in Brooklyn in June.