Tempe Councilman David Schapira was injured at a football game in September when Sparky, the Arizona State University Mascot, jumped on his back, which had recently been surgically repaired. 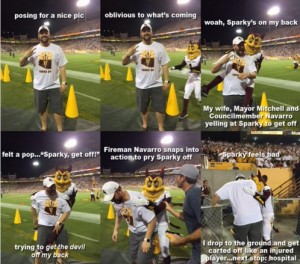 The councilman is now seeking $96,146 in damages for himself and an additional $27,000 for the City of Tempe from the university, according to The Arizona Republic.

Schapira was attending the game as part of “City of Tempe Night” where he and other council members were honored.

Schapira was still in the midst of recovering from back surgery and was walking around with the assistance of a cane which he briefly handed to his wife to pose for a photo.

“I told my wife to take one more and handed her the cane, I didn’t want it in the shot,” he told ABC Arizona.

This was when the mascot, seemingly unaware of Schapira’s injury, jumped on the Councilman’s back at which point he felt a “pop” and attempted to shake the mascot off.

“I kind of laughed at first, then my expression changed to terror as I felt that pop,” he said.

Schapira and his wife then pleaded with Sparky to get off of the councilman until he was eventually pried off by a nearby Fireman.

Schapira was ultimately carted off the field and went on to spend four days in the hospital treating his injury.

The university has issued a public apology and offered to assist in paying Schapira’s hospital bills.

“ASU sincerely apologizes for Sparky’s excessive exuberance at Friday night’s game. University officials have been in regular contact with Councilman Schapira since the incident and we have offered our fullest assistance and cooperation in getting his bills paid and we wish him a speedy recovery.” 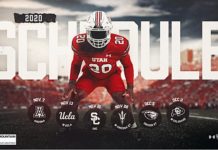 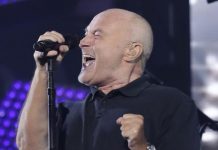 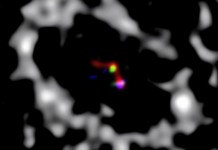 Photo Catches Planet In The Act Of Forming