The cause for his death has not been released.

The Philadelphia Inquirer first broke the news and Robinson’s agency, Symmetry, wrote a statement regarding his death on it’s Facebook page. 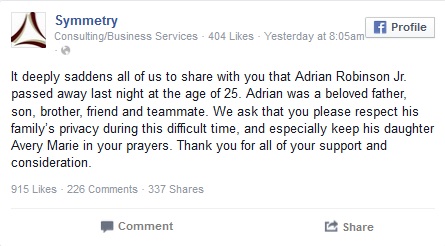