Goodell, the NFL commissioner since 2006, is heavily involved in all of the league’s suspension and disciplinary moves. However, it appears that some in front offices around the country believe it might be time for a change, The Washington Post reported Friday.

“There will certainly be discussion,” one owner told the Post, saying he isn’t certain where such talks might lead.

Another owner, who said a move could possibly bring the players association into the process, said it is too early in the process to predict what might result from discussions.

Currently, Goodell acts as the arbitrator that hears cases and makes a decision in player cases — authority granted him by the labor agreement between the NFL and the players union. The NFL Players Association (NFLPA), though, has said it wants the arbitrator in that position to be a neutral party.

It is unknown when the owners, who next meet in October, might take up the discussion — and if they decide to act, how long it might take to put it in place.

News of the issue arises after a U.S. District court judge nullified Brady’s four-game suspension for “DeflateGate” — the case in which the New England quarterback supposedly directed equipment personnel to underinflate game balls, which is a violation of league rules.

Goodell immediately promised to appeal the judge’s decision. He levied the four-game suspension earlier this year, which would have forced the defending NFL champions to use a backup quarterback for the first four games.

The judge’s dismissal means Brady can play in the team’s opener against Pittsburgh Thursday — and in the remainder of this season’s games — unless the league’s appeal is successful. Goodell has already said he won’t seek a stay to keep Brady off the field during the appeal.

Goodell claimed last month that NFL owners want him to retain the authority to hear appeals cases, but union leaders say the NFLPA won’t approve the next labor contract in 2021 unless that authority is taken away.

Friday, it appeared as though at least some of the league’s owners might feel the same way.

“It’s not healthy for the NFL to be in the kind of litigious position that it’s been for last several years,” Atlanta Falcons owner Arthur Blank said, according to the Atlanta Journal-Constitution. 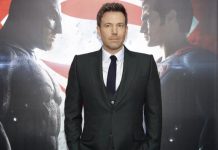 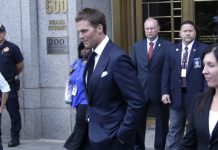 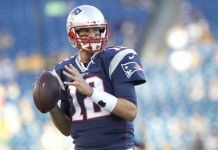