WASHINGTON, Nov. 3 (UPI) — President Barack Obama invited the World Series champions Chicago Cubs to the White House before he leaves office at the beginning of the year.

Obama is a Chicago resident and fan of the city’s other baseball team, the White Sox, who play on the city’s “south side.” He sent his congratulations and the invitation in a Twitter message.

“It happened: @Cubs win World Series. That’s change even this South Sider can believe in. Want to come to the White House before I leave?”

While a visit to the White House by sports champions is common, Obama will leave office Jan. 20, 2017, and his message suggests he would prefer not to leave the honor to his successor. 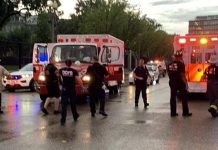