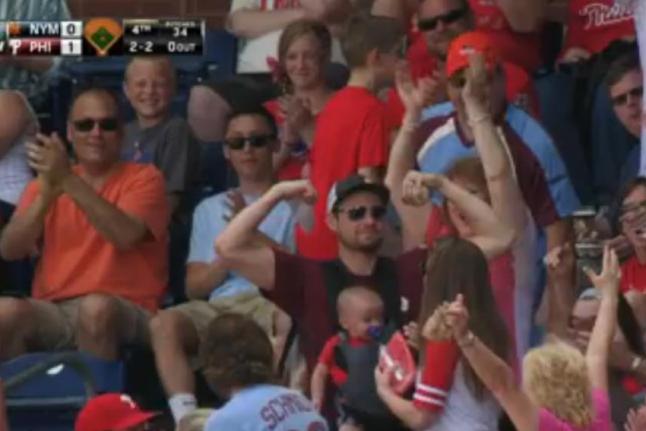 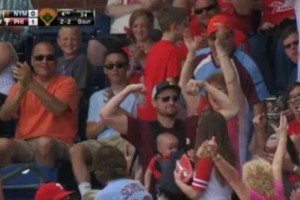 PHILADELPHIA, May 12 (UPI) — A Philadelphia father stole the show Monday at the Phillies-Mets game in Citizens Bank Park, where he caught a foul ball one-handed with his baby son strapped to his chest.

Mike Capko, 30, had taken his family to the game for Mother’s Day. He was carrying his 7-month-old son in a baby bjorn when, in the top of the fourth inning, he reached out to grab a foul ball with one bare hand.

“Grab it, snagged it and I was just ecstatic,” Capko told 6abc. “I was like, ‘I couldn’t believe that just happened.'”

“It hurt — I mean my hand is a little sore,” Capko added.