“I love coaching,” he said. “This is the right thing to do.”

Petke welcomed the media Wednesday at the Rio Tinto Stadium and talked about how excited he was about the opportunity.

The announcement comes a little more than a week after team officials fired head coach Jeff Cassar three games into the season after a seven-game losing streak.

Petke, 41, is a former New York Red Bulls coach who led the club to two consecutive Easter Conference finals in 2013 and 2014. He was fired in January of 2015. Petke told questioners at the Wednesday news conference that he was never given a concrete reason for the firing.

Petke next was hired to coach the Real Monarchs in the off season. In December, he accepted the position of head coach of the reserve team, which also plays in the Rio Tinto Stadium. 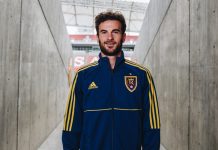 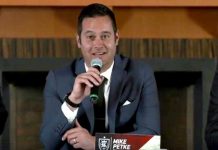