BEIJING, Aug. 27 (UPI) — A cameraman at the World Athletics Championships in Beijing lost control of his Segway and struck Usain Bolt while the runner was celebrating his 200m win.

The Jamaican sprinter was celebrating with a victory lap Thursday after besting rival Justin Gatlin at the 200 m when a cameraman on a Segway lost control of the vehicle and knocked Bolt off his feet.

“It didn’t actually hit me in my Achilles, it hit me in my calf area,” Bolt told reporters after the incident. “It’s alright, I will get over it. Never a doubt [for the relays], never a doubt. I am just going to get it massaged, ice it up a bit, and I should be fine.”

“The rumor I’m trying to start right now is that Justin Gatlin paid him off,” Bolt joked.

Gatlin was also able to see the humor in the situation.

“I want my money back,” Gatlin quipped. “He didn’t complete the job.” 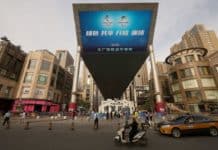 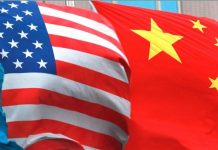