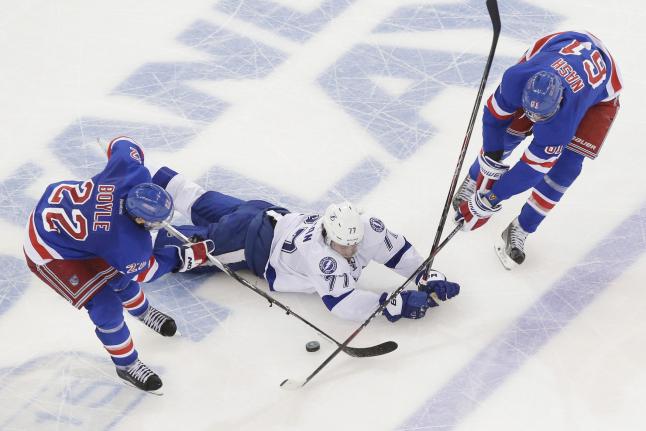 After allowing 10 goals over the previous two games, Ben Bishop bounced back with a stellar performance in net to back Tampa Bay’s defensive revival during Sunday’s all-important Game 5.

Bishop made 26 saves for his second career playoff shutout and Steven Stamkos continued to display his renewed scoring touch to guide the Lightning to a 2-0 victory over the New York Rangers at Madison Square Garden.

Stamkos tied a franchise postseason record by scoring in a fourth straight game and also assisted on Valtteri Filppula’s goal for the Lightning, who took a 3-2 series lead by killing off all four penalties and blocking 24 shots.

Henrik Lundqvist stopped 20 shots for the Rangers, who were unable to build upon their 5-1 thrashing of the Lightning on Friday.

The Lightning will try to wrap up the series at home on Tuesday in Game 6.