RIO DE JANEIRO, Oct. 28 (UPI) — Drug-testing protocols used during the Rio Olympics had “serious failings,” with some 50 percent of all planned tests canceled when athletes didn’t show up or “simply could not be found,” a new report from the World Anti-Doping Agency said Friday.

The 55-page independent observers report found of the 11,470 athletes participating in the games, 4,125 had no record of any testing in 2016. Of those 1,913, were competing in sports identified as a higher risk of doping.

The report also found the management team for the anti-doping department at the games had a “lack of coordination.” Chaperones who were tasked with finding and informing athletes of required drug testing often arrived late or failed to show up at all. That meant volunteers were required to fill in for the chaperones, despite having no training or experience.

“Untrained and inexperienced chaperones should not be working at the games. It undermines respect and trust among athletes in the anti-doping program, and provides opportunities for experienced and unscrupulous athletes who would want to abuse the system to manipulate the doping control process,” the organization said in the report.
“Chaperones must be identified early in the selection process, trained appropriately, and given adequate opportunity to practice their role in advance of the games.”

Due to the problems, the anticipated number of drug tests — up to 350 a day — fell short. The largest number of tests was Aug. 11 when 307 samples were collected. Most days, there were between 200 and 250 urine samples collected.

Despite the findings, Craig Reedie, president of the anti-doping agency, said he was disappointed in the criticism of the collection process.

“The [International Olympic Committee] is in charge of all the anti-doping work at their Olympic Games, but they supervise the process and they ask the organizing committee to provide all the people to do all the work,” he told CNN. “A combination of financial issues and manpower issues meant that the sample collection business was not as efficient as it should have been.” 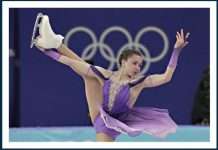