OGDEN, Utah, July 10, 2019 (Gephardt Daily) — A pickup driver is dead and a car driver is in critical condition after a collision on Washington Boulevard in Ogden.

Ogden City Police officials said in a news release that at 11:09 a.m. Wednesday, officers responded to a traffic accident in the 1200 North block of Washington Boulevard.

Police arrived to discover that a Chevy S10 pickup, occupied by a 47-year-old male driver and his passenger, a 10-year-old boy, was traveling south when it crossed the center line and struck a northbound Mazda 626 with an 18-year-old female driver, who was alone in the car.

The vehicles collided head on.

“The driver of the Chevy S10 was in critical condition on scene and was transported to a local hospital for treatment” the OCPD statement says. “The male succumbed to his injuries shortly after arriving at the hospital.”

The juvenile passenger in the pickup had minor injuries, and also was transported to a local hospital for treatment, the statement says.

“The female driver of the Mazda 626 was in critical condition on scene and was transported to a local hospital for treatment. The extent of the female’s injuries are unknown at this time. The investigation of this incident is ongoing.”

The victims’ names have not yet been released.

“Thank you for your patience while we have been working through the necessary investigative procedures. Our hearts go out to the families involved in this accident.” 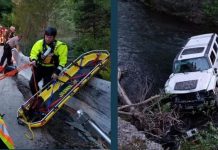 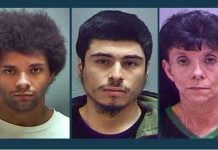