SAN CLEMENTE ISLAND, California, July 31, 2020 (Gephardt Daily) — One U.S. Marine is dead and eight other troops missing after an accident during a training exercise off San Clemente Island.

According to a Marine Corps statement posted on social media, the incident happened about 5:45 p.m. Thursday when an amphibious assault vehicle carrying 15 service members began to sink.

“One Marine has died, eight service members remain missing and two were injured after an AAV mishap July 30 off the coast of Southern California,” the statement said.

Search efforts conducted by the Navy and Coast Guard continued throughout the night and into the morning Friday.

All of the Marines were assigned to the 15th Marine Expeditionary Unit and based at Camp Pendleton. 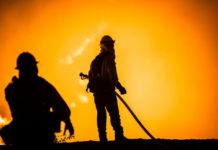 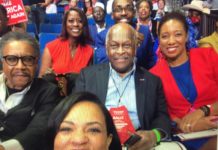