According to a statement from the BLM, the firefighters crashed on Highway 140 37 miles north of Winnemucca, Sunday, when the truck they were in suddenly blew a tire.

The truck’s driver, 27-year-old Jacob O’Malley of Zephyr Cove, Nev. and passenger 22-year-old Will Hawkins of Reno, died in the accident.

The three men were responding to reports of possible lightning sparked fires at the time of the accident.

BLM public information officer released a statement saying, “Our hearts area heavy, but our focus, our thoughts, our prayers are with the families of these extraordinarily brave people who served to protect the people of Nevada and public lands that belong to all of us.”

A procession of more than seventy vehicles escorted the bodies from Winnemucca to the Wahoe Co. Medical Examiner’s Office Monday, 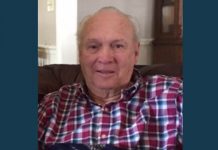