KEARNS, Utah, May 10, 2018 (Gephardt Daily) — Two suspects are in custody after a May 5 shooting in Kearns that left the victim in critical condition with two bullet wounds, one to his neck.

Police have arrested Robert Phillips and Dustin Blackner on unrelated charges. The shooting investigation is ongoing.

Unified Police officers from the Kearns precinct were dispatched to the shooting scene, at 5363 W. 5150 South, at about 6:30 a.m. on Saturday of last week.

“On arrival, they located a 29-year-old male who had sustained two gunshot wounds; one in the neck and one in the lower abdomen area,” says a UPD statement released on Thursday.

“The male was taken to a local hospital in critical condition. He is currently still in the hospital and improving in condition. Investigators believe the shooting was a result of an argument over money owed by the victim.”

Police believed the suspects fled the scene in a Chrysler Sebring, which was later recovered at 5332 South Crockett Drive. The house was cleared and no suspects were located. The Sebring was held and searched for evidence.

Blackner was located as he was leaving his home, in South Salt Lake, on Tuesday, and was taken into custody without incident. Phillips was found at a Kearns residence on Wednesday afternoon, and surrendered peacefully to officers who had surrounded the house.

Both have been booked into the Salt Lake County Jail on pending charges and warrants unrelated to Saturday’s shooting, the UPD statement says. 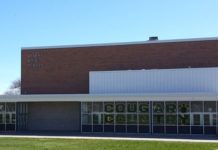 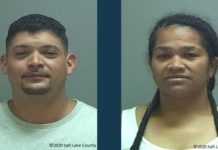