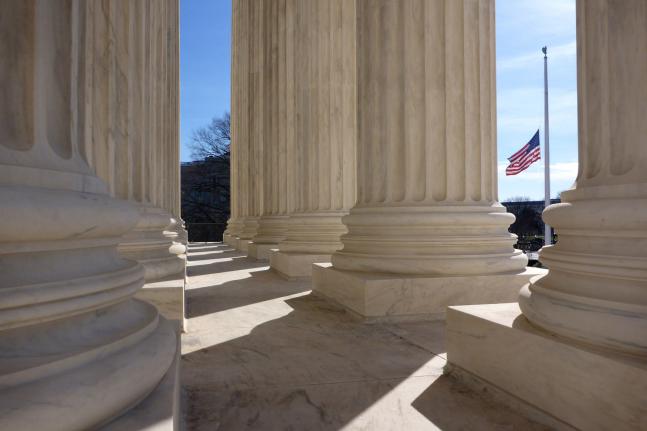 WASHINGTON, Feb. 17, 2016 (Gephardt Daily) — President Barack Obama will pay his final respects to the late Supreme Court Justice Antonin Scalia as his body lies in repose at the Supreme Court on Friday. But, the White House said the president will not attend Scalia’s funeral on Saturday.

“It will be an opportunity for the president and the first lady to pay their respects to Justice Scalia,” Earnest said of the Friday viewing.

Scalia died of natural causes at the age of 79 on Saturday. In line with tradition, the New Jersey native’s body will lie in repose Friday at the Great Hall of the Supreme Court building before a funeral service Saturday.

Vice President Joe Biden will attend the funeral, which will be held at Washington, D.C.’s Basilica of the National Shrine of the Immaculate Conception.

Earnest said he wasn’t sure exactly what Obama’s weekend plans consist of, but noted that his attendance Friday represents a great honoring and a deep respect the president has for Scalia’s long and distinguished service in the government’s judicial branch.

“I don’t have a sense of what the president’s plans are for Saturday,” Earnest replied. “The president obviously believes it is important for the institution of the presidency to pay his respects.”

Earnest called the president’s planned tribute Friday “an appropriate opportunity” for Obama to show personal and institutional respect for a high court judgeship that lasted for 10,732 days between 1986 and 2016.
“The president gave some pretty thoughtful words in discussing Justice Scalia’s service on the Supreme Court, not just Saturday night but yesterday in his news conference. Friday will be an important opportunity for the president and the first lady … and I think that’s important, not just on a personal level, but also on an institutional level. … It will be an important moment and we will have some more details about the president’s plans for both Friday and Saturday.”