Dec. 25 (UPI) — GoFundMe has refunded thousands of dollars to people who donated money to a homeless man it says was running a scam.

“All donors who contributed to this GoFundMe campaign have been fully refunded. GoFundMe always fully protects donors, which is why we have a comprehensive refund policy in place,” said GoFundMe spokesman Bobby Whithorne.

The GoFundMe Trust and Safety team investigates campaigns and promises refunds for donors if “something isn’t right”.

Prosecutors say the fundraising page claimed Bobbitt had given McClure his last $20 to get gas for her car. She then launched the GoFundMe account as a way to thank Bobbitt for his generosity. After news of the charitable act went viral online, a story emerged that McClure and D’Amico withheld most of the donated money. Bobbitt said he received $75,000.

“The paying-it-forward story that drove this fundraiser might seem too good to be true,” Burlington County prosecutor Scott Coffina said last month. “Unfortunately, it was. The entire campaign was predicated on a lie.”

Investigators say one of McClure’s texts to her friend read, “The gas part is completely made up, but the guy isn’t. I had to make something up to make people feel bad.”

“It’s important to understand that misuse is very rare on our platform,” Whithorne said. “Campaigns with misuse make up less than one-tenth of 1 percent of all campaigns. We have a zero tolerance policy for fraudulent behavior. If fraud occurs, donors get refunded and we work with law enforcement officials to recover the money.” 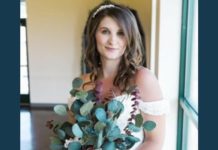 Update: GoFundMe account set up for Sandy mother of 3 killed in head-on collision 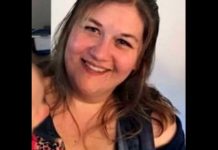