“At this time there are 4 reported fatalities,” it said in a statement. “Accident is still under investigation.”

The planes were identified as a Piper PA-46 and Cessna 172N, both single-engine aircraft, by the National Transportation Safety Board, which said it was investigating the crash.

The Clark County Department of Aviation said in a statement that “there were no survivors.”

The Federal Aviation Administration said the Piper collided with the Cessna as it was preparing to land, causing it to crash into a field east of the runway. The Cessna plummeted into a water retention pond.

The FAA said it was also investigating the incident. 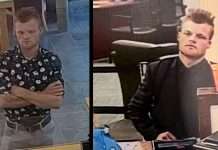