Aug. 16 (UPI) — President Joe Biden has signed the landmark Inflation Reduction Act, calling it one of the “most significant laws in our history.”

The legislation pours billions into fighting climate change and enhancing healthcare and takes steps to mitigate rising prices in the United States.

“With this law, the American people won and the special interests lost,” Biden said Monday before he signed the legislation into law.

After months of difficult negotiations in Congress that at one point nearly derailed his economic agenda, Biden put his signature on perhaps the greatest single legislative victory of his presidency.

The $740 billion IRA is the United States’ largest-ever investment in climate and energy programs and would be paid for with new taxes, mostly on corporations and the wealthy.

“I’m keeping my campaign promise,” Biden said. “No one earning less than $400,000 a year will pay a penny more in federal taxes.”

Biden, who’s been on vacation in South Carolina, returned to the White House and signed the bill in a ceremony in the State Dining Room.

The Inflation Reduction Act — which passed the Senate by a vote of 51-50 and the House by 220-207 — delivers a major legislative achievement for Democrats ahead of the November midterm elections, not to mention a solid talking point for Biden.

The White House said the president will travel across the country in the coming days to sell the IRA to the American people. Then, he will host a party at the White House to celebrate the accomplishment on Sept. 6.

In addition to making key climate investments, the bill also for the first time allows Medicare to negotiate prescription drug prices and keep healthcare subsidies from expiring for three years.

The White House said that other measures in the bill directly focus on helping the middle class.

Medicare beneficiaries with diabetes will see their insulin costs capped at $35 a month and homeowners can earn up to $14,000 in tax rebates by purchasing energy efficient home appliances, and $7,500 in tax credits for buying a new electric vehicle.

“This historic bill will lower the cost of energy, prescription drugs, and other healthcare for American families, combat the climate crisis, reduce the deficit, and make the largest corporations pay their fair share of taxes,” the White House said in a statement Tuesday.

The final version of the IRA was pared down from Biden’s initial $3.5 trillion proposal to appease two key Democratic holdouts in a Senate where Democrats can’t afford to lose one vote due to the lack of any Republican support.

Sens. Joe Manchin of West Virginia and Kirsten Sinema of Arizona both agreed to support the bill after months of haggling that led to major proposals being cut or remolded into the newer bill. Manchin, in fact, opposed the bill at first but changed his mind and came on board because he said he found that it would target $300 billion in deficit reduction.

The bill, which puts more focus on frequent natural disasters and increasing global warming, would provide federal dollars to companies that invest in solar and wind power and help transition the U.S. away from fossil fuels. It also lays out a reduction in greenhouse gases in the United States by 40% by the end of the 2020s.

After signing the bill, the president and first lady Jill Biden will travel to Delaware. 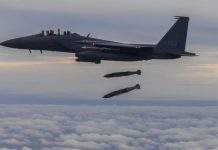 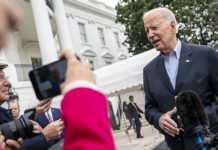 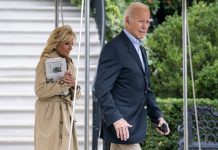