On Saturday, President-elect Joe Biden’s incoming chief of staff issued a memo laying out the executive orders Biden plans to issue on his first day in office and in the days immediately following.

The memo, as first reported by The New York Times, said Biden will immediately return the United States to the Paris climate agreement, extend the ban on evictions and foreclosures related to the COVID-19 pandemic, direct the Department of Education to extend its pause on collection of student loan payments and reverse President Donald Trump’s travel ban applying to some majority-Muslim nations.

Biden will also issue a mask mandate for federal property and order federal agencies to figure out how to reunite children separated from their families after crossing the southern border of the United States.

The memo, issued by incoming chief of staff Ron Klain, immediately follows the unveiling of a new stimulus package to aid Americans who’ve weathered the economic impacts of the virus and Biden’s announcement of a plan to expand access to COVID-19 vaccines.

According to the memo, Biden will also send Congress a large-scale immigration plan within his first 100 days in office that offers a pathway to citizenship for undocumented immigrants.

“During the campaign, President-elect Biden pledged to take immediate action to start addressing these crises and build back better,” Klain wrote. “As president, he will keep those promises and sign dozens of executive orders, presidential memoranda, and directives to Cabinet agencies in fulfillment of the promises he made.”

Biden will be inaugurated Wednesday.

Officials say they anticipate a safe event but have dramatically ramped up security in Washington, D.C., following last week’s pro-Trump siege on the Capitol building. 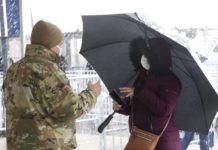 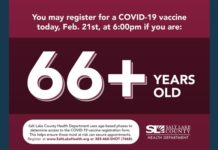 SLCo invites those 66 and older to sign up for vaccine beginning at 6 p.m. Sunday