ATLANTA, Georgia, Nov. 11, 2019 (Gephardt Daily/UPI) — Former President Jimmy Carter has been admitted to the hospital Monday evening because of bleeding on his brain.

A news release from the Carter Center said the 95-year-old former president was admitted to Emory University Hospital for a procedure to relieve pressure on his brain, caused by bleeding due to his recent falls.

The procedure is scheduled for Tuesday morning.

“President Carter is resting comfortably, and his wife, Rosalynn, is with him,” the news release states.

Carter has suffered from a spate of injuries caused by falls in the past few months, most recently in late October when he was admitted to the hospital for a fractured pelvis that he sustained from a fall at his home.

Earlier in the month, Carter received 14 stitches to his forehead and a black eye from a fall while getting ready for church.

In May, he also underwent surgery to repair a broken hip sustained in a fall at his Plains residence.

Carter is the oldest living president in U.S. history and has suffered from health problems in recent years, including undergoing treatment in 2017 for brain cancer. 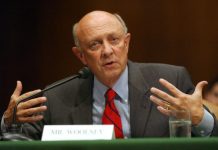 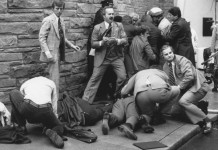 Secret Service Agent Who Helped Save Reagan Dead At 85 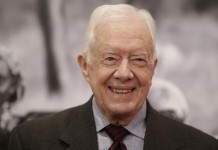 Jimmy Carter Says Cancer Has Spread to his Brain; Will Begin Treatment This Afternoon