BRUSSELS, April 9 (UPI) — Belgian authorities have identified a sixth suspect detained as part of an ongoing investigation into recent attacks in Brussels and Paris, which have collectively left 162 people dead.

Shortly after Mohamed Abrini, the so-called “man in the hat” from Brussels airport surveillance video, was been captured, an official announced Saturday a sixth suspect, Bilal el Makhouki, was also detained, according to the Wall Street Journal.

Makhouki had been previously connected with Belgium-based Islamic group Sharia4Belgium, which was declared a terrorist group in a court ruling last year. The group reportedly sent dozens of its members to fight in Syria.

Makhouki was sentenced to five years in prison early last year because of his connection to the group, but his jail time was cut to two months due to his physical ability. Makhouki had lost a leg while fighting in Syria.

Belgian police have been sweeping neighborhoods in Brussels and surrounding areas as part of an ongoing probe into those behind the recent terrorist attacks in Europe.

Abrini has been on the run since he was spotted in Parisian security footage alongside Salah Abdeslam, a main suspect in connection to the Paris bombings. He was also seen driving the car used during the attack.

Abdeslam was arrested two days before the March 22 Brussels bombings that left at least 32 people dead. 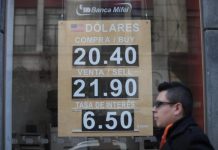 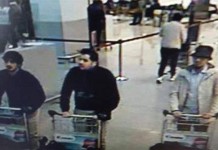 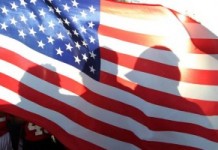