WASHINGTON, Dec. 8 (UPI) — In response to Donald Trump‘s proposal to bar Muslims from entering the United States, Hillary Clinton‘s right-hand woman rallied supporters, saying: “We have to be ready to stop him.”

Huma Abedin, vice chairwoman for Clinton’s presidential campaign, emailed supporters on Monday evening, telling them, “I am a proud Muslim — but you don’t have to share my faith to share my disgust.”

The email goes on to say: “Trump wants to literally write racism into our law books … his Islamaphobia doesn’t reflect our nation’s values — it goes far enough to damage our country’s reputation and could even threaten our national security.”

A producer for Yahoo Studios told The New York Times Tuesday morning that Trump abruptly canceled a scheduled interview with Katie Couric. Trump’s campaign has not commented on the reason for canceling the interview, which had been in the works since the summer. 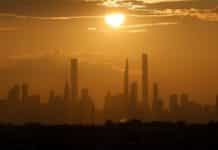 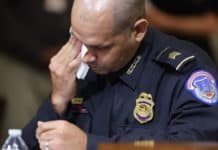