Jan. 16 (UPI) — The FBI has released the name of the suspect believed to have taken four people hostage at a synagogue in Texas on Saturday.

The dead man, identified by the FBI as Malik Faisal Akram, had held the hostages while claiming to have explosives during an 11-hour standoff at Congregation Beth Israel — a synagogue in Colleyville in the Dallas-Fort Worth metroplex.

Akram, 44, had released one of the four hostages around 5 p.m. CST before the three remaining hostages were rescued around 9:15 p.m., the Colleyville Police Department said in a press release. Video footage from WFAA shows law enforcement breaching the building as hostages appear to run from it.

Colleyville Police Chief Michael Miller and federal law enforcement officials said during a news conference Saturday night that the suspect had died, but did not reveal further details about the man’s death.

The British Foreign, Commonwealth and Development Office confirmed to United Press International that Akram was a British national and that the British government is working with U.S. authorities to support the investigation.

“We are aware of the death of a British man in Texas and are in contact with the local authorities,” an FCDO spokesperson said.

Vice President Kamala Harris released a statement Sunday expressing support for the federal, state, and local law enforcement that were a part of the massive response to the Saturday incident.

“This morning, we are grateful that four people held hostage in a synagogue in Colleyville, Texas are safe and going home to their families,” Harris said. “We thank the brave men and women in federal, state, and local law enforcement, and we stand in solidarity with the Congregation Beth Israel community and the entire Jewish community.”

Law enforcement agencies believe Akram may have been motivated by a desire to secure the release of convicted terrorist Aafia Siddiqui, who is currently jailed at Carswell Air Force Base near Fort Worth, CNN reported.

“While we will learn more about the hostage taker’s motivation, we know this: what happened yesterday at Congregation Beth Israel is a reminder that we must speak up and combat antisemitism and hate wherever it exists,” Harris said. “Everyone has a right to pray, work, study, and spend time with loved ones not as the other — but as us.”

“This event is a stark reminder that antisemitism is still alive and we must continue to fight it worldwide. To the Jewish community in Colleyville and around the world: You are not alone — we stand united with you,” Bennett tweeted.

The hostage situation prompted police departments in cities including Dallas, Los Angeles and New York to deploy additional patrols around synagogues “out of an abundance of caution” in the case of additional threats to the Jewish community. 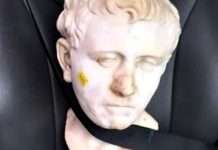 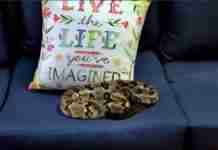