Terms of the transaction were not disclosed, according to a news release from Digital First Media.

“We are honored to be stewards of The Salt Lake Tribune,” said Paul Huntsman. “It is important that The Salt Lake Tribune continues in its indispensable role for our community and to be locally owned. We hope to ensure the Tribune’s independent voice for future generations and are thrilled to own a business of this quality and stature.

The news release said: “Headquartered in downtown Salt Lake City, The Salt Lake Tribune has been Utah’s independent news source since 1871 and covers local and national news, entertainment, sports and weather for the state of Utah. In 2015, the Tribune had an average paid distribution of 74,000 printed newspapers daily, excluding Sunday, making it the highest distributed daily newspaper in Utah. The Tribune also operates an online publication.”

The news release goes on: “Paul Huntsman is the chief executive officer of Huntsman Family Investments, the private investment platform for the Jon M. Huntsman, Sr. family. Headquartered in Salt Lake City, Utah, Huntsman Family Investments seeks to make direct, long-term investments in diversified industries around the globe. Paul has managed and served on the boards of directors of multiple global businesses throughout the United States, Asia, and Australia. He received his B.A. from the University of Utah, and his M.B.A. from the Wharton School, University of Pennsylvania.”

Digital First Media claims to reach an audience of over 40 million readers on a monthly basis. It produces 67 daily newspapers and 180 non-daily publications nationwide. 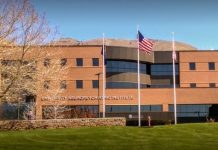 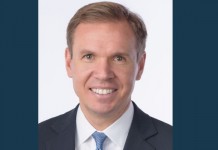 The Salt Lake Tribune gets approval to become non-profit organization 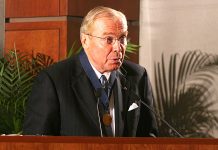