June 16 (UPI) — Wall Street took a beating on Thursday, a day after the Federal Reserve raised interest rates by 0.75% in an effort to get inflation under control.

All three major indexes were on track to post losses for the week with the Nasdaq down 6.1%, while the S&P has fallen 6% and the Dow has dropped 4.7% for the week.

On Wednesday, the Federal Reserve concluded a two-day policy meeting and hiked interest rates by 0.75%, something it had not done in nearly 30 years. The move was widely expected by most analysts and is seen as a necessary measure to get a better handle on rising inflation.

Markets initially rallied to close with modest gains following the Fed’s announcements but gave up those gains and more on Thursday as investors again expressed concern about a recession.

“We continue to anticipate that the Fed will have to move more aggressively that signaled at [Wednesday’s] meeting and that this tightening will trigger a recession in 2023 that leads to a more material rise in the unemployment rate,” Matthew Luzzetti, chief U.S. economist at Deutsche Bank, wrote in a note.

Travel stocks were also on the decline with Norwegian Cruise Line, Carnival and Royal Caribbean all falling more than 11%, while United Airlines dropped 8.21% and Delta declined 7.45%. 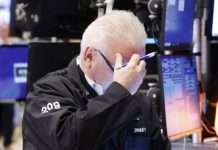 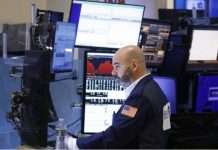 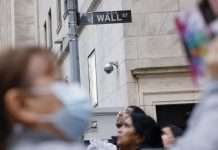