LEHI, Utah, April 14 (Gephardt Daily) — The uncle of missing Provo woman Elizabeth Salgado marked the second anniversary of her disappearance by beseeching the public to share any tiny piece of information that might help in the recovery of his niece.

“Miracles happen,” said Rosemberg Salgado, brother of the missing woman’s mother, speaking Friday at a news conference in Lehi. “It happened to Elizabeth Smart. I was so happy for the Smart family that she was found.”

“I’m hoping the same miracle will happen for our family. That’s why we are here, asking the whole community to help her.”

Elizabeth Smart, now 29, was kidnapped from her bed at age 14, and recovered 9 months later after a member of the public spotted her. She is now a victim’s advocate and the author of “My Story,” a book that tells the story of her captivity.

Ed Smart, father of Elizabeth, was on hand to introduce Rosemberg Salgado and lend his support to the cause.

Salgado also asked people to spread the word that the story of Elizabeth Salgado will be shared on an Investigation Discovery program, “Disappeared,” which recently shared the story of missing St. George teen Macin Smith.

Salgado’s episode will debut at 7 p.m. Sunday. Locally, Investigation Discovery can be seen on Comcast channel 271 or 748. The episode is titled “On a Mission.”

Salgado, a native of Mexico, had just completed a mission for The Church of Jesus Christ of Latter-day Saints when she decided to move to Provo to attend English language classes in hopes of increasing her life opportunities, her

She disappeared on April 16, 2015, just 20 days after her arrival. She was last seen after class at the Nomen Global Language Center.

“She preached the gospel, door to door,” Rosemberg Salgado said. “She was very close to Heavenly father and to her family.”

Ed Smart told Gephardt Daily that the Salgados “are in a very difficult situation.”

“It was hard when we had Elizabeth missing,” Smart said, of his daughter. “We had amazing support of the community and so many out there, and I know the Salgados really appreciate all that has been done.”

“And we just really feel, having happened in broad daylight, somebody had to have seen something,” Smart said. “The question that has been asked of me is, ‘Do you think the person who saw her may have been Hispanic, of some other ethnicity that could be problematic with immigration?’ and I said, ‘No, any tips can be reported anonymously.’

“I believe that somebody out there knows something, and whether she was picked up and is being trafficked, there just hasn’t been anything that has brought direct light on the subject,” Smart said.

“We feel that somebody out there knows something, and we really need everybody’s help. With the Discovery (Investigation) Channel running the special on Sunday, we’re really hoping someone will come forward.”

A $50,000 reward is being offered for information that leads the Provo Police Department to Elizabeth Salgado. To reach the department, call 801-852-6210. 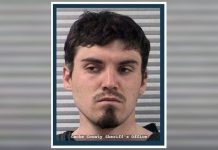 Officials: Metal bat found on suspect picked up after disappearance of his 5-year-old niece, missing from Logan 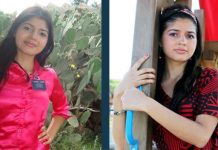 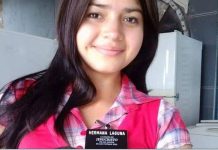 Mother of Elizabeth Salgado raising funds to get to Utah