Elkins said he’ll leave the post Oct. 12 for a job outside of the federal government.

“It has been my great honor and privilege to serve the American people in this role for more than eight years,” he said. “I am grateful for the outstanding team of auditors, investigators and other professionals who comprise the Office of Inspector General, and for the opportunity to have earned the trust of a wide array of stakeholders relying on the integrity of the OIG’s independence.”

His resignation comes more than two months after EPA Administrator Scott Pruitt stepped down amid an IG investigation into allegations of ethical missteps, including a lease Pruitt signed to rent a room on Capitol Hill for $50 a night and the construction of a $43,000 soundproof phone booth.

The inspector general said it also planned to look into whether employees who attempted to raise red flags about Pruitt’s spending were sidelined or demoted. 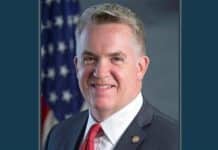