Escaped fugitive Kaleb Wiewandt was located and arrested by the Idaho State Police and Elmore County (Idaho) Sheriff’s Office at about 3 p.m. Friday, a news release from the U.S. Marshals Service in Salt Lake City said.

Wiewandt, 41, escaped from the Weber jail by posing as another inmate, Matthew Belnap, who was scheduled to be released. Wiewandt had shaved his head to more closely resemble Belnap and was able to provide Belnap’s Social Security number and other information to officials.

In an update earlier Friday on Facebook, the Weber County Sheriff’s Office said, “We believe that other inmates were involved in orchestrating this escape. Inmate Matthew Belnap has been booked on the charges of obstruction and aiding in an escape.”

The U.S. Marshals Service news release Friday evening said the investigation into Wiewandt’s escape began immediately and finding him was a top priority.

“Earlier in the day, Deputy Marshals from the United States Marshals Service (USMS) office in Boise, and Salt Lake City’s Violent Fugitive Apprehension Strike Team (VFAST) were able to track Wiewandt and a vehicle he was a passenger in to Southern Idaho,” the news release said.

Deputy Marshals contacted the Idaho State Police, and troopers and deputies from Elmore County located the vehicle on Interstate 84 southeast of Mountain Home.

A traffic stop was conducted on the vehicle, and Wiewandt was arrested without incident.

“I want to congratulate Deputy US Marshals from Utah and Idaho for their tenacious and dogged investigative work in tracking this fugitive down. I would also like to thank the Idaho State Police and the Elmore County ID Sheriff’s Office for their assistance in helping to catch this fugitive,” said Matthew D. Harris, US. Marshal for the District of Utah.

“Like so many others before him, Mr. Wiewandt will learn that you can’t escape the long arm of the lawn. I hope his four-day vacation was worth it because I suspect he won’t see the light of day for quite some time,” Harris said. 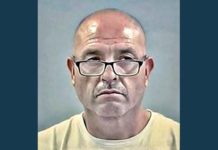 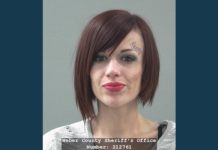