JUPITER, Fla., Aug. 10 (UPI) — The families of the two missing Florida teenagers who were lost in the waters of the Atlantic Ocean for more than two weeks have called off their private search.

Austin Stephanos and Perry Cohen, both 14 from Jupiter, told relatives on July 24 that they were going on a fishing trip. When they did not return, concerned family members called authorities. The teens’ 19-foot boat was later found about 100 miles north of where they began their trip.

The Coast Guard searched about 50,000 square nautical miles in waters off Florida, Georgia and South Carolina before calling off the search July 31, which was an “excruciating and gut-wrenching” decision, according to Capt. Mark Fedor.

The families of the teens previously received about $480,000 in donations to continue their private search before it was called off.

“We love our boys and want them home,” the teen’s families said in a joint statement. “Today, our hope becomes our prayer — that one day Perry and Austin will be returned to us. We thank everyone for their dedicated efforts and support.” 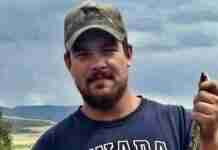