FORT LAUDERDALE, Fla., Jan. 7 (UPI) — The lone gunman who opened fire inside a terminal at Fort Lauderdale-Hollywood International Airport arrived with the sole purpose of carrying out the attack that killed five people, the FBI said Saturday.

“We have not identified any triggers that would have caused this attack,” he said in a press conference on Saturday morning.

Piro had not ruled out the possibility of terrorism on Friday and reiterated Saturday authorities “continue to look at the terrorism angle.”

“We have not ruled out anything,” he said. “We continue to look at all avenues, all motives.”

Santiago is being held at a Broward County jail on federal charges and will appear in federal court in South Florida on Monday.

Also Saturday, the airport reopened to aircrafts after being closed to passenger travel for at least 14 hours. Terminal 2, where the shooting took place remained closed, but passengers were able to travel through terminals 1, 3 and 4, the Sun Sentinel reported.

Passengers were informed that some flights may still be canceled. Passengers are encouraged to check with their individual airlines.

Santiago, a discharged U.S. Army combat engineer, flew to Fort Lauderdale from Alaska, where he had received psychiatric treatment.

A volunteer firefighter from Virginia and a Georgia retiree were identified as victims killed during the shooting.

Terry Andres, a 62-year-old firefighter from Virginia Beach, Va., was killed while preparing to go on vacation with his wife who was unharmed during the shooting, WAVY reported.

Olga Woltering of Marietta, Ga. was also killed during the shooting, members of her church told the Atlanta Journal Constitution.

The Georgia retiree was preparing to go on a cruise with her husband, Ralph Woltering, who was not injured during the shooting.

The airport also said it was processing more than 20,000 pieces of luggage and other personal items that were left behind in the airport evacuation.

Officials assured passengers that each of the 20,000 items will be returned to its righful owner, the airport tweeted. 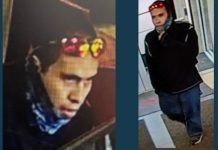