Fire Marshal David Reed, Weber Fire District, said the fire was accidental and started in the attached garage of the single-family home a little after 3 p.m.

Crews went into the garage and knocked the blaze down. There was no extension of the flames into the house, although there was some smoke damage inside the home, Reed said.

“The door (inside the garage) to the house was closed, which was important,” Reed told Gephardt Daily. “This fire could have been much worse if the door had been open. Everyone should always check to make sure the door from the house into the garage closes securely.”

The fire is still under investigation and the exact cause has not yet been determined.

There were no injuries to residents, pets or firefighters. 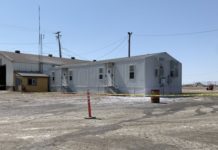 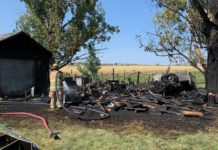