PARIS, Nov. 26 (UPI) — German Chancellor Angel Merkel, on a visit to France, vowed stronger support against the Islamic State militant group, saying it was Germany’s “duty to reflect” and to “act quickly” against the threat.

Meeting with French President Francois Hollande and Paris Mayor Anne Hidalgo on Wednesday, Merkel said Germany is ready to strengthen its military commitmentacross the globe to aid France following the Nov. 13 IS attacks on Paris that left about 130 dead and hundreds injured.

“Terrorism is our common enemy,” said Merkel at a joint news conference with Hollande at the Elysee Paris. “It is our common job to fight it. ISIL can’t be beaten by words, so we have to fight it using military means.”

German Defense Minister Ursula von der Leyen said earlier Wednesday the government plans to ask parliament to expand Germany’s presence in Mali, sending as many as 650 soldiers to relieve some 1,500 French soldiers to fight the Islamic State group, also identified as Daesh and by the acronyms ISIS and ISIL.

Merkel and Hollande also discussed European border controls, a concern raised after two of the suicide bombers traveled to Paris through Greece. Merkel has been criticized for her “open door” policy regarding migrants.

The meeting was one of several Hollande has had with world leader since the attacks. He plans to meet with Russian President Vladimir Putin on Thursday. 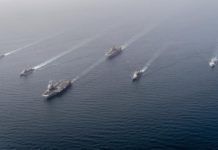 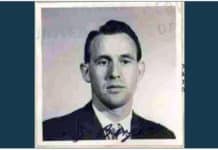