Washington, D.C., Jan. 22 (UPI) — The House will deliver an article of impeachment against former President Donald Trump to the Senate for trial on Monday.

Senate Democratic leader Charles Schumer said Friday the Senate is expecting to receive the article at the start of next week.

“The Senate will conduct a trial on the impeachment of Donald Trump. It will be a fair trial. But make no mistake, there will be a trial,” Schumer, now the Senate majority leader, said.

It’s unclear precisely when the trial would begin, but Senate leaders are said to be eyeing the start of February.

Senate Republican leader Mitch McConnell said in a statement on Thursday that he’s presented Schumer with a proposed timeline for the first phases of the trial that would give Trump two weeks to prepare.

“Senate Republicans are strongly united behind the principle that the institution of the Senate, the office of the presidency and former President Trump himself all deserve a full and fair process that respects his rights and the serious factual, legal and constitutional questions at stake,” McConnell said.

McConnell added that his proposed timeline gives both sides “a modest and reasonable” amount of time to assemble their arguments, “given the unprecedented speed of the House’s process.”

The House voted to impeach Trump for a record second time on Jan. 13, charging the former president with inciting an insurrection a week earlier when radical supporters stormed the U.S. Capitol building in an attempt to disrupt Congress’ certification of Joe Biden as the 46th president.

Five people, including a Capitol Police officer, died in the attack and many have since been arrested.

McConnell proposed that formal procedures, including House managers reading the article of impeachment to the Senate and the swearing in of members of the court, to begin on Jan. 28.

Trump would then have until Feb. 4 to answer to the charge and until Feb. 11 to submit his pre-trial brief.

“That means former president Trump has 14 total days from when we issue the summons to write his brief,” McConnell said.

Now the Senate minority leader, McConnell said this structure is similar to the pre-trial process of former President Bill Clinton in the 1990s and Trump’s first Senate impeachment trial a year ago, though periods between due dates are slightly longer “because of the House’s unprecedented timeline.”

“At this time of strong political passions, Senate Republicans believe it is absolutely imperative that we do not allow a half-baked process to short-circuit the due process that former President Trump deserves or damage the Senate or the presidency,” he said.

“We received leader McConnell’s proposal that only deals with pre-trial motions late this afternoon. We will review it and discuss it with him,” Justin Goodman, Schumer’s spokesman, said.

House Speaker Nancy Pelosi told reporters during her weekly press conference Thursday that the lower chamber was ready to submit the article to the Senate.

“We had to wait for the Senate to be in session,” she said. “They’ve now informed us they’re ready to receive.”

At Trump’s first trial, Democrats pushed to included witnesses, which McConnell, who was then the Senate majority leader, was against. On Thursday, Pelosi said witnesses may not be necessary this time, as “the whole world bore witness to the president’s incitement.”

Schumer told reporters that he and McConnell are working on a bipartisan agreement on the trial rules.

“I believe he should be convicted. We’ll have to wait until the article comes over to figure out how to do that,” he said.

“Butch is well respected by both Republicans and Democrats and will do an excellent job defending President Trump,” Miller tweeted. 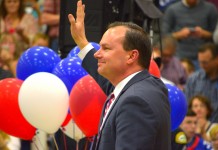 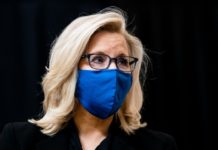