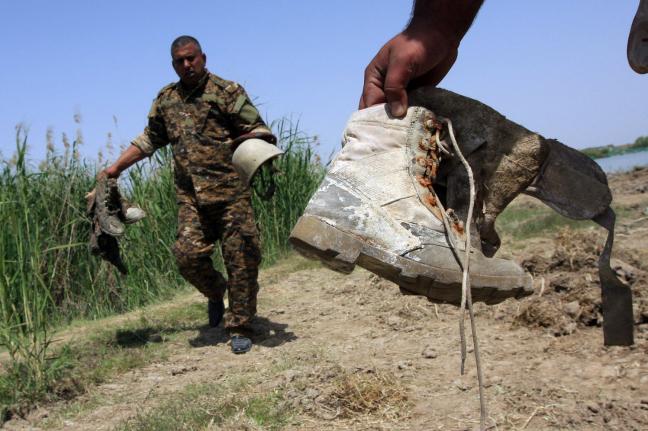 RAQQA, Syria, April 28 (UPI) — The Islamic State has executed over 2,000 people in Syria since it declared a caliphate in the country and neighboring Iraq last June, a human rights observer group reported Tuesday.

Using a variety of methods, such as stoning, beheading, shooting and immolation, the Sunni extremist group has executed a total of 2,154 people in Syria between June 28, 2014 and April 28, 2015,according to the Britain-based Syrian Observatory for Human Rights, which gets its information from a network of sources in the country.

Of those, 1,362 were civilians, including nine children and 19 women, SOHR reports. Of that number, 930 came from the al-Shaitaat tribe in Syria’s Deir Ezzor province, which fought against IS last summer.

The total figure also includes 529 Syrian government troops, 137 fighters with al-Qaida’s Nusra Front and other Islamic battalions that rival IS forces, and 126 IS members who tried returning to their home nations or were accused of “exceeding the limits in religion and spying for foreign countries,” according to SOHR.

In just the last month, the group carried out 123 executions in Syria, SOHR reports, 88 of those being civilians whose crimes include sodomy, blasphemy, espionage and assisting Kurdish fighters.

The data only comprises IS executions in Syria and does not account for killings in other locations, such as Iraq, where security forces three weeks ago discovered a series of mass graves containing up to 1,700 soldiers killed by IS forces near Tikrit, or North Africa, where earlier this month the Libyan wing of the group conducted publicized decapitations of up to 30 Ethiopian Christians.

SOHR says it believes the number of executions to be higher than its documented figure since hundreds of people are still missing, including dozens of Kurds who fought IS forces at Kobani earlier this year, as well as detainees who are unaccounted for inside IS jails and about 1,000 men from the al-Shaitaat tribe.