WASHINGTON, Nov. 18 (UPI) — The Republican presidential candidate told a Washington, D.C., meeting of the National Press Club Tuesday the United States must “beam messages around the world” through an agency with “a clear mandate to promote core Judeo-Christian, Western values that we and our friends and allies share.”

He said the messages would be aimed at Russia, China, Iran and countries in the Middle East.

His plan has similarities to the Voice of America, a established, government-funded program providing information through radio, television and the Internet to more than 188 million people per week. Kasich defended his idea despite calls by Republican candidates to reduce the size and scope of government, saying, “There’s nobody who’s spent more time shrinking government than I have.”

He also said he was among at least 27 state governors urging President Barack Obama to delay the arrival of Syrian refugees to the country in light of last week’s terrorist attacks in Paris. He acknowledged, though, he was not empowered to prevent refugees from coming to his state.

The United States intends to welcome about 10,000 people fleeing the Syrian civil war in 2016.

“[Governors] don’t have the authority … we can only express our concerns,” he said. 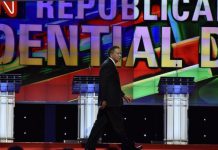 Kasich On Third-Party Bid To Oppose Trump: ‘Not Gonna Do That’ 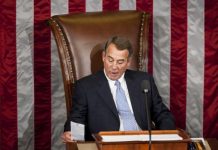