St. GEORGE, Utah, May 14, 2019 (Gephardt Daily) — A man who was arrested Thursday, May 9, for weapons violations is now facing additional charges of sexual abuse of a child.

Tucker Reynolds, 48, of LaVerkin, was initially taken into custody for having a loaded weapon in his vehicle and possession of a dangerous weapon by a restricted person, according to a probable cause statement filed in Fifth District Court in St. George.

On Friday, a second probable cause statement says, an officer took a report of a sex offense involving a female who reported that Reynolds had sexually abused her multiple times when she was between ages 12 and 15.

The alleged victim told the officer there were numerous incidents of sexual abuse, and she could remember five specifically, two of which she said occurred in his vehicle and three that took place in her home.

The probable cause statement describes somewhat graphically what the alleged victim said Reynolds would do each of the times she was alone with him. On one occasion, her grandmother was in the house, and each time the grandmother left the room where they were watching TV, Reynolds would put his hand up the girl’s shorts, and then would stop as soon as the grandmother came back into the room.

According to the probable cause statement, the officer asked the female if she ever told Reynolds to stop, and she said she did tell him she wasn’t comfortable with it. She told the officer that at times she pretended to be asleep and didn’t say anything to him because “she knew what he was capable of.”

“When asked what she meant she stated he taught her to shoot guns, how to fight back, make bombs and other things. She said he also taught her how to stab, cut and do the most damage to someone. She also stated she knew with her small frame she wasn’t going to be able to do much against him, so she didn’t do anything,” the statement says.

The officer then went to the jail where Reynolds was being held and interviewed him regarding the allegations. Reynolds was advised of his Miranda Rights and Reynolds stated he wanted to invoke his rights, and the interview was stopped, the statement says.

Reynolds was charged with:

On the weapons violations, Reynolds is charged with: 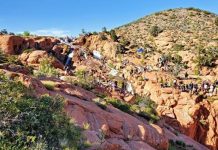 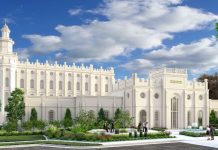