SALT LAKE CITY, Utah, Oct. 16, 2019 (Gephardt Daily) — The Church of Jesus Christ of Latter-day Saints has issued a statement opposing a proposed Utah Professional Licensing Rule that would ban the practice of conversion therapy for minors.

Conversion therapy is best known for its efforts to convince young people who identify as gay that they should be heterosexual. Scriptures or religious teachings often are used as part of the therapy.

“The American Psychiatric Association does not believe that same-sex orientation should or needs to be changed, and efforts to do so represent a significant risk of harm by subjecting individuals to forms of treatment which have not been scientifically validated and by undermining self-esteem when sexual orientation fails to change,” a 2018 APA statement says.

“No credible evidence exists that any mental health intervention can reliably and safely change sexual orientation; nor, from a mental health perspective does sexual orientation need to be changed. Conversion therapy is banned in 14 states as well as the District of Columbia. The APA calls upon other lawmakers to ban the harmful and discriminatory practice.”

The LDS Church has taken heat in recent years for banning the children of gay couples from baptism at the traditional age of 8 — a rule the Church reversed in April of this year; and for refusing to recognize gay marriages as legitimate in the eyes of the Church.

An article posted late Tuesday on the Church’s news website explains LDS leaders’ opposition to the proposed rule that would ban conversion therapy.

The statement cited issues, including religious rights and parental rights to raise their children the way they want. The statement says the rule, as written, “does not account for important realities of gender identity in the development of children.”

The Church also states that the rule, as written, could be amended to address areas of concern.

The LDS Church statement, in its entirety, appears below:

The Church has released the following statement in connection with comments filed by The Church of Jesus Christ of Latter-day Saints Family Services regarding a proposed professional licensing rule governing sexual orientation and gender identity change efforts.

The Church hopes that those who experience same-sex attraction and gender dysphoria find compassion and understanding from family members, Church leaders and members, and professional counselors. The Church denounces any abusive professional practice or treatment.

We teach the right of individuals to self-determination and the right of parents to guide the development of their children. We also believe faith-based perspectives have an important and ethically appropriate role in professional counseling.

As detailed in the comments submitted by Family Services, the Church is concerned that the proposed professional licensing rule is ambiguous in key areas and overreaches in others. For example, it fails to protect individual religious beliefs and does not account for important realities of gender identity in the development of children.

We therefore oppose the proposed rule in its current form and respectfully request that it be appropriately amended to address the concerns raised in Family Services’ comments, or that Utah’s lawmakers provide statutory guidance on this important issue. 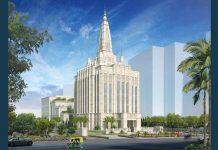 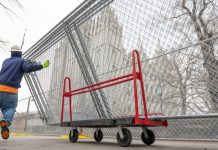