Van Wagenen, who also marked his 72nd birthday on Tuesday, was sentenced to six years to life in prison.

He was charged with the first-degree felony on April 4 of this year, and pleaded guilty on April 20. The charges were related to reports of abuse of a girl in 2013 and 2015, when she was between the ages of 7 and 9. Van Wagenen held a position of trust in the girl’s life.

A detective with the Sandy City Police Department filed the probable cause statement, which says the alleged victim had told her parents about abuse, and it was then reported to the Division of Child and Family Services, which alerted police.

Van Wagenen is best known for producing “A Trip to Bountiful” (1985). In 2018, he executive produced “Jane and Emma,” about the relationship between Emma Smith, wife of Joseph Smith, founder of The Church of Jesus Christ of Latter-day Saints, and Jane Manning James, a black member of the early church.

Van Wagenen formerly taught at Brigham Young University, where he served as content director for BYUtv between 2007 and 2010.

In addition, Van Wagenen taught at the University of Utah, quitting earlier this year after reports surfaced that he had touched a 13-year-old boy inappropriately in 1993.

No charges were filed in that case, and Van Wagenen recently apologized, saying he was sorry for touching the victim over his clothes. The victim has said Van Wagenen touched him under his clothing. 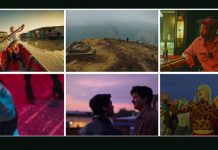 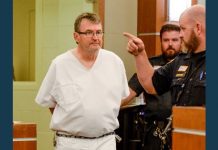