“Caroll Spinney, the legendary puppeteer behind beloved Sesame Street characters Big Bird and Oscar the Grouch, died today, December 8th 2019, at age 85 at his home in Connecticut, after living with Dystonia for some time,” the tweet said.

The Massachusetts native and U.S. Air Force veteran played the characters for five decades, announcing his retirement in 2018.

In addition to playing Big Bird and Oscar on the beloved pre-school program, he also appeared in the films The Muppet Movie, The Great Muppet Caper, Big Bird in China, Follow that Bird and Night at the Museum: Battle of the Smithsonian.

“Caroll Spinney’s contributions to Sesame Street are countless. He not only gave us Big Bird and Oscar the Grouch, he gave so much of himself as well. We at Sesame Workshop mourn his passing and feel an immense gratitude for all he has given to Sesame Street and to children around the world,” Sesame Street co-founder Joan Ganz Cooney said in a statement.

Spinney earned the Daytime Emmy Lifetime Achievement Award in 2006 and was the subject of the 2014 documentary, I Am Big Bird: The Caroll Spinney Story.

Sesame Street, including its puppet characters Big Bird, Elmo and Abby, were among the recipients who attended the Kennedy Center Honors dinner in Washington, D.C., Saturday. 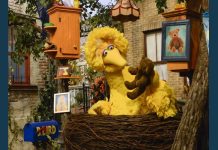 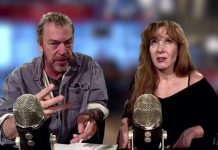 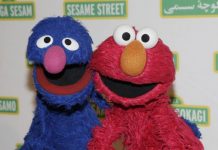 F Is For Fired: Actors Who Play Bob, Luis, Gordon Laid Off From ‘Sesame Street’