Albright, who was the first female secretary of state, talked on Saturday at a Clinton rally about the importance of electing a first female president. In reference to Sanders’ “political revolution” mantra, Albright said electing a female commander in chief would be a true revolution.

“We can tell our story of how we climbed the ladder, and a lot of you younger women think it’s done. It’s not done,” Albright said of the fight for women’s equality. “There’s a special place in hell for women who don’t help each other!”

Albright later said women could be judgmental toward one another, adding how some women occasionally forget how hard someone like Clinton had to work to succeed.

Steinem during an interview on Real Time with Bill Maher suggested young females gravitate toward Sanders because that’s where the “boys” are.

“Women are more for [Clinton] than men are,” Steinem said. “First of all, women get more radical as we get older, because we experience ….

After seeing how the comment could be seen as offensive to young women, Maher replied by saying: “Oh. Now if I said that, ‘They’re for Bernie because that’s where the boys are,’ you’d swat me.”

“How well do you know me?” Steinem replied after laughing the comment off. 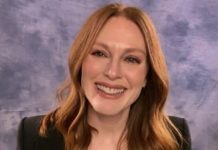