Gary Keller, executive officer and spokesman for SSLPD, said the incident unfolded at about 6:30 p.m., as a man and woman were driving on Main Street and got into “some type of verbal domestic.”

The man, later identified as 27-year-old Christopher Patrick Medina-Izarrara, angrily got out of the vehicle and the woman locked the car doors and drove off.

Medina-Izarrara, enraged and standing in the road, then began trying to stop traffic and get into other cars, Keller said.

While this was going on, an 18-year-old woman in a four-door Hyundai Elantra was driving northbound on Main Street and honked to alert the man so he could get out of the way.

The woman’s three younger siblings — two girls, ages 9 and 10, and their 12-year-old brother — were in the back seat while the struggle for control of the vehicle went on.

Keller said the man then physically yanked the young woman out of the car and got into the front seat.

The Elantra was in “park,” and as Medina-Izarrara was trying to figure out how to get it into gear, the young woman reached in across him and grabbed the keys out of the ignition.

At the same time, a pickup truck driver saw what was happening and pulled up to block the Elantra with his truck.

People in the area were already alerting the police, even knocking on windows at the police station, and officers hurried out and met up with Medina-Izarrara in the middle of the roadway.

Keller said the man was behaving aggressively, approaching the officers, then backing off, ignoring their commands. To gain some measure of control, an officer “gave him one cycle with the Taser.”

Medina-Izarrara fell and sustained a minor cut on the back of his head. He was taken to the hospital to get the cut taken care of, and was then taken to jail.

The woman who had been with him when they began arguing returned and gave police a statement, saying that Medina-Izarrara was angry and yelling when he got out of the vehicle and that he punched another car in anger. It turned out that he had punched a South Salt Lake Police cruiser in the parking lot.

The young woman who was driving the Elantra told Gephardt Daily in a phone call that she was very shaken up by the incident.

She said the would-be carjacker had grabbed her arms to pull her out of the Elantra, and when she reached back in, he pushed on her neck to get her out. Her back and neck are hurting now.

She said her sisters and brother seem to be doing OK, but the experience was terrifying for them, too. Her 12-year-old brother jumped into action and got his two younger sisters and himself out of the back seat while she struggled with the carjacker in the front seat.

Keller had no information as to whether Medina-Izarrara has a previous criminal record. 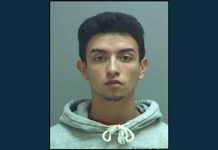 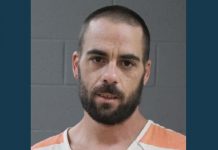 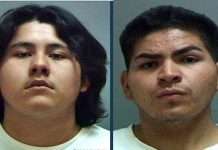