UINTAH COUNTY, Utah, Sept. 21, 2019 (Gephardt Daily) — A man needed to be rescued Saturday from a cave north of Vernal after he was injured by a falling rock.

The 20-year-old, from Utah County, was struck in the back of the head by a rock “about the size of a cantaloupe,” the Uintah County Sheriff’s Office said in a news release.

The accident was called in to 911 at about 11:35 a.m. by one of the people who with the man inside Toothbrush Cave, about 20 miles north of Vernal and just east of Little Brush Creek Cave, the news release said.

“They learned a 20-year-old man, an 18-year-old woman and a 21-year-old man were about 200 feet inside the cave when a rock was dislodged. The rock fell about 50 feet and hit the 20-year-old man in the back of the head,” the news release says.

“The rock was about the size of a cantaloupe. The blow momentarily knocked the man unconscious. He had regained consciousness by time his 21-year-old friend was able to get down to him, and remained awake throughout the nearly three-hour rescue that followed.”

Rescuers set up a high-angle rope system, then loaded the man into a basket. He was safely pulled from the cave shortly before 3 p.m. and transported by ground ambulance to Ashley Regional Medical Center in Vernal, where he was treated and released.

The man who was injured and his two friends had food and some caving equipment with them, the news release says, but none of them were wearing helmets.

The names of the three people involved in Saturday’s accident are not being released. 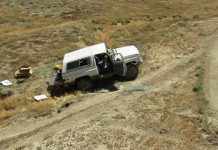 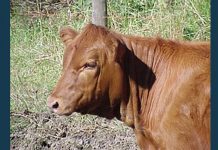